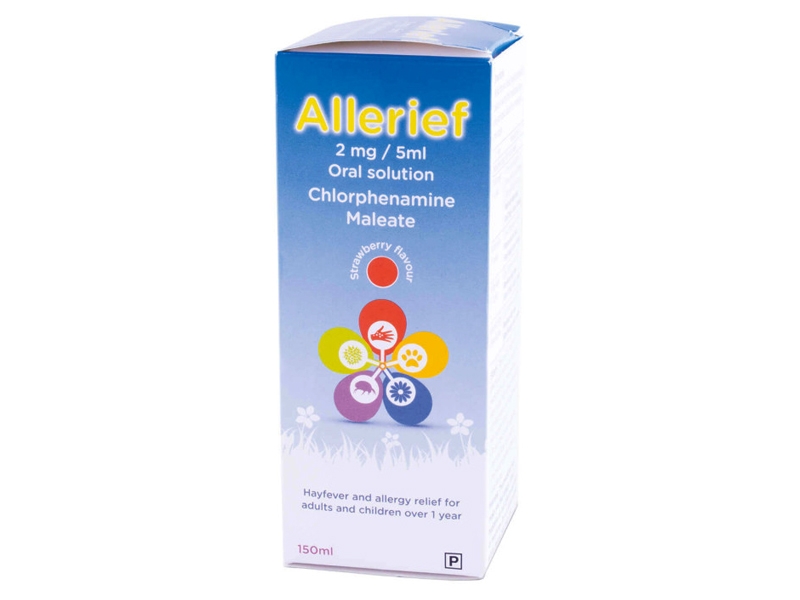 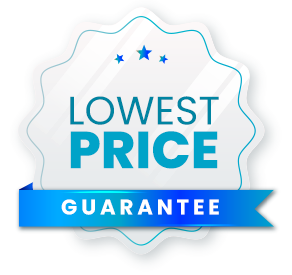 Chlorphenamine tablets (and liquid) are a type of antihistamine medication that contains an active ingredient known as chlorphenamine maleate (previously spelt chlorpheniramine in the UK). Chlorphenamine is known as a sedating antihistamine, which works by preventing the actions of histamine within your body. Chlorphenamine tablets can be used to treat the symptoms associated with allergic conditions such as:
Hay fever
Nettle rash (urticarial)
Food allergies
Allergic reactions to insect bites
Allergic reactions to some medications
Chlorphenamine tablets (and liquid) are also effective at treating more severe allergic reactions, known as angioneurotic oedemas, which can create a wide range of symptoms such as swelling of the eyes, throat, and tongue. Chlorphenamine can also be used to treat the itchy symptoms associated with chickenpox.
Histamine is a chemical that is produced within the body and acts as a natural defence mechanism to foreign invaders. Most of the cells in your body contain histamine. When foreign substances are detected in the body, such as allergens like pollen, the cells become stimulated and release their histamine. Once it has been released it binds to your body’s H1 receptors, causing a reaction which creates the symptoms associated with allergies that you are familiar with. This increases blood flow to the problem area, causing the body to release other chemicals which add to the symptomatic response.
In hay fever, for example, this process can cause an inflammation of the nose and eyes, congested airways, as well as itchy, watery eyes, a runny nose, and bouts of sneezing. Histamine is responsible for these symptoms, as well as other symptoms associated with allergic reactions to foods, medicines, and insects.
Chlorphenamine treats your symptoms by blocking your body’s histamine H1 receptors. Your cells will still release their histamine; however Chlorphenamine will prevent them from binding to your H1 receptors. This has a knock-on effect of stopping the release of other allergy related chemicals and preventing the blood flow to the area from increasing. Because it causes drowsiness once it has entered the brain, Chlorphenamine is called a sedating antihistamine.
This combined action is the reason that Chlorphenamine is an effective treatment for the itchiness associated with chickenpox. This can be particularly beneficial in preventing night time itching - especially in children that become particularly bad at coping with the condition during the night.

This medicine may make you feel sleepy. If this happens do not drive or use tools or machines. Do not drink alcohol whilst taking this medicine. Keep out of sight of young children. Do not store above 25c.

If you plan to have any tests in order to diagnose your allergies then you should stop taking Chlorphenamine tablets at least two days before the tests. Because Chlorphenamine treats the symptoms of allergies it can interfere with the efficacy of the tests.
Chlorphenamine should not be used if you have taken any monoamine oxidase inhibitos (MAOIs) in the last 14 days. MAOIs are a kind of antidepressant, some examples are:
Phenelzine
Tranylcypromine
Isocarboxazid
Chlorphenamine can cause drowsiness. If you experience drowsiness while taking Chlorphenamine then avoid driving or operating machinery. Alcohol should also be avoided.
The risk of experiencing certain side effects including dry mouth, blurred vision, and constipation, can be increased if using Chlorphenamine at the same time as antimuscarinic medicines such as:
Antimuscarinic medicines for Parkinson’s symptoms such as procyclidine, orphenadrine, and trihexiphenidyl
Antimuscarinic medicines for urinary incontinence such as oxybutynin, flavoxate, tolterodine, propiverine, and trospium
Some antipsychotics such as chlorpromazine and clozapine
Antispasmodics such as hyoscine and atropine
Tricyclic antidepressants such as amitriptyline, imipramine
Piriton is another medication for allergic reactions which contains the same active ingredients as Chlorphenamine tablets.

Great new service, punctual and hassle-free. Would definitely recommend to others. ...

I am very impressed at just how easy it is to use this service. The nomination form is simple a...

Great to see someone willing and able to deliver my medicines during covid. First class suppor...